Smallest of the new machines is the 13 tonne MHT 10130 with a maximum lift height of 9.62 metres. Capacity at maximum height is 7.5 tonnes. Maximum outreach is 5.17 metres. Powered by a Mercedes diesel available in either Stage 4 (Tier IV final) or Stage 3a (Tier III) versions matched to a hydrostatic transmission with two forward and reverse speeds giving a maximum of 31kph. Frame levelling is 10 degrees.

The 18 tonne MHT 10180 has a 9.63 metre lift height and can take 11 tonnes to full height. Maximum forward reach is 5.56 metres. Powered by the same engine, transmission and frame levelling as the 10130 it has a maximum speed of 25kph, but gradeability is 37 percent compared to 34 percent.

The machines tip the scales at 18.49 tonnes, 24 tonnes and 29.3 tonnes respectively, while overall widths vary from 2.5, to 2.85 metres. The new cab design features either a multi function 7” or 9” display with an load moment indicator on the MHT 10130 as standard with a Load State Monitoring system with E-Reco on the larger models. It measures the weight of the load, boom angle and extension as well as automatically detecting the attachments.

All are available with a jib/winch attachments as well as a variety of platforms - including platform with winch. 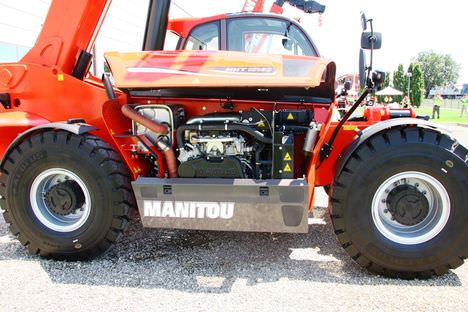 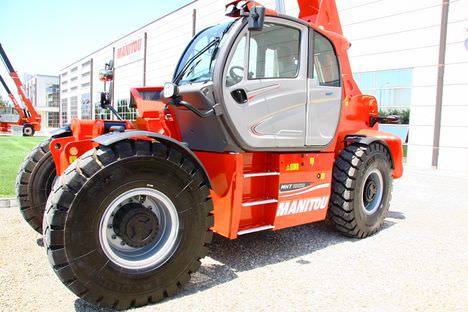 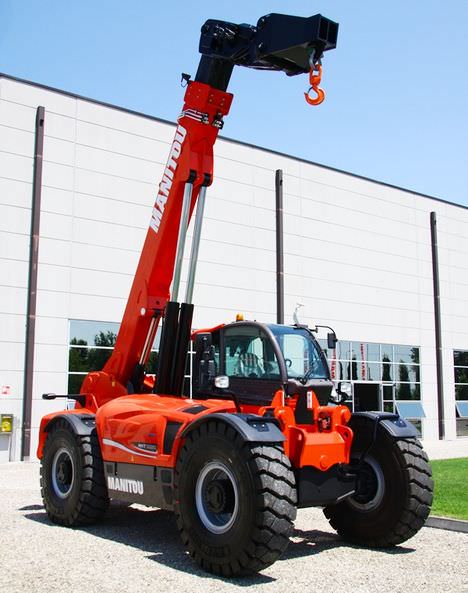