New! Electric Rotary Telehandler Manitou MRT Vision
At the Matexpo in Kortrijk was the scoop of the Electric rotating telehandler from Manitou. After the introduction of the Manitou MRT Vision series in April, Manitou surprised at the Matexpo with the electric variant of the MRT Vision series. Due to the demand from the Dutch market, the
introduction of the fully electric variant has been brought forward.

The types MRT 2260 / 2660 Vision plus are equipped as standard with a 700V 65 KW lithium-ion battery and an 11 kW charger. In this version, the rotating telehandler will be available for 4 hours. As an option, the
telehandler with a 2nd lithium-ion battery of the same capacity and the deployment time will then be doubled to 8 hours. During breaks or when the telehandler is stationary, it is possible to recharge the batteries and extend the deployment. It is also possible to place a range extender in the machine instead of the 2nd battery. This is a small diesel engine that can recharge the battery to extend the working day. It can also be used to maintain the battery level while driving. As an option, the electric rotary telehandler can also be equipped with a
22 or 40 kW charger. In addition, the option of fast charging is being looked at, but this strongly depends on the location where the telehandler will be used. 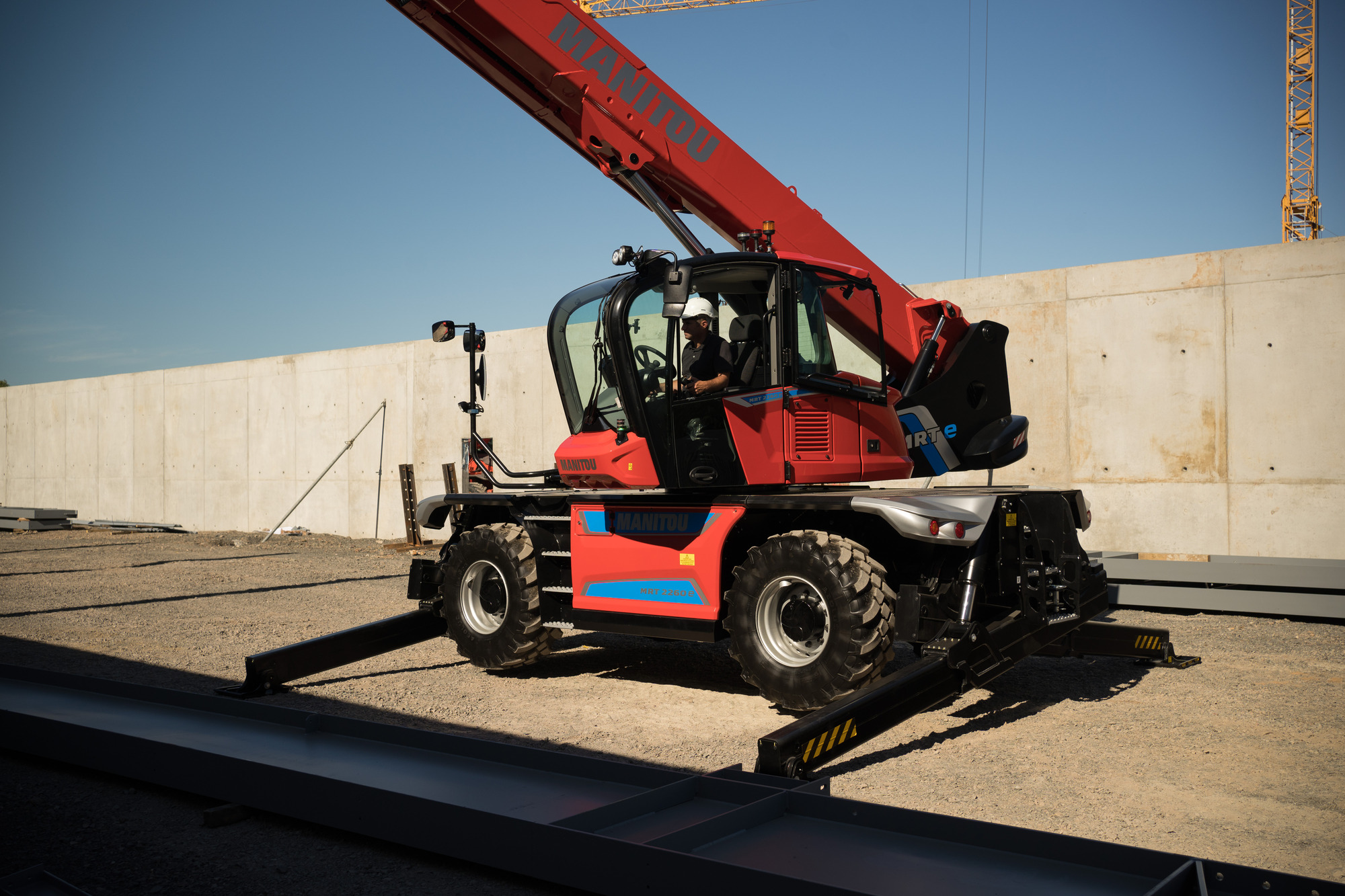 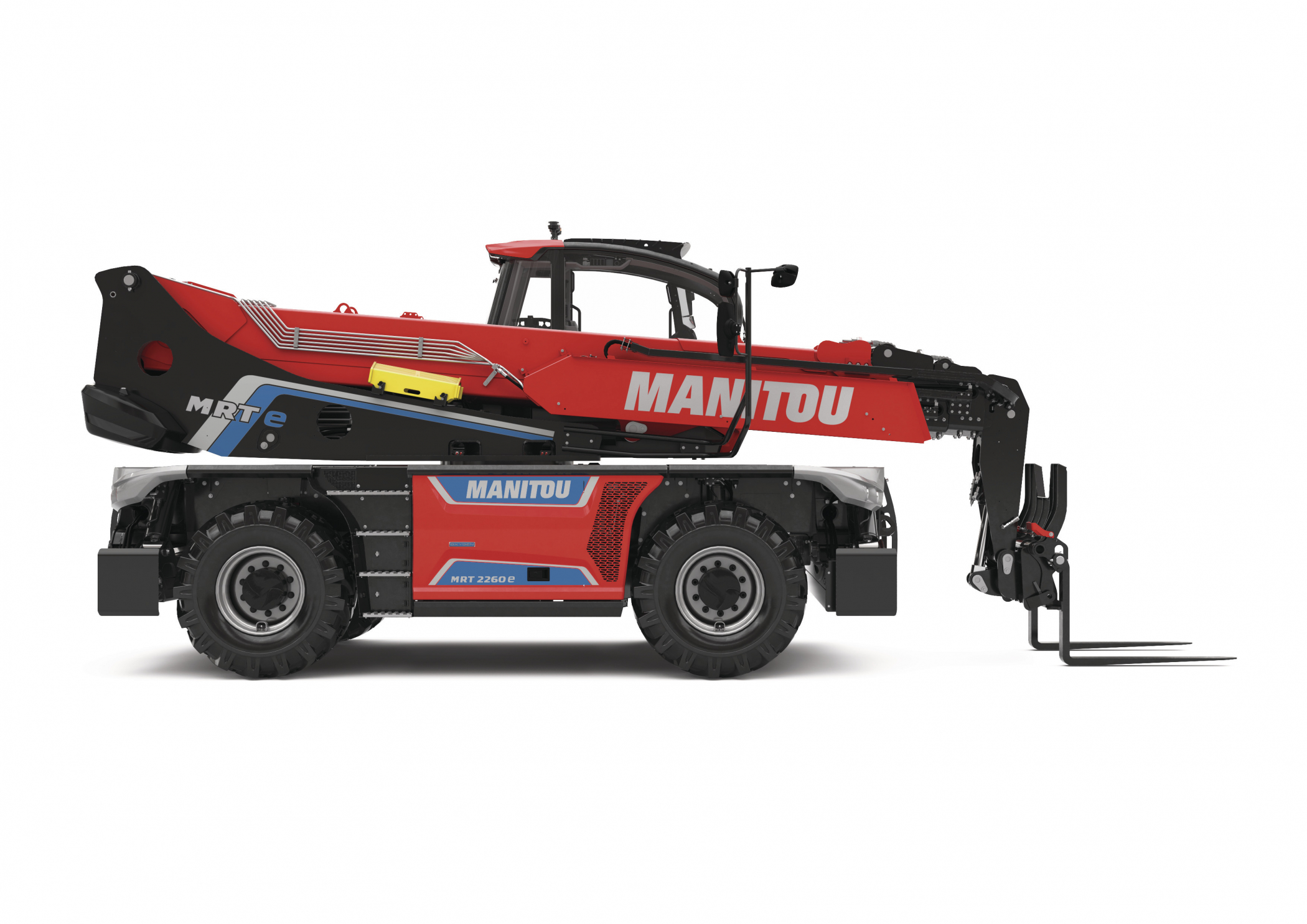 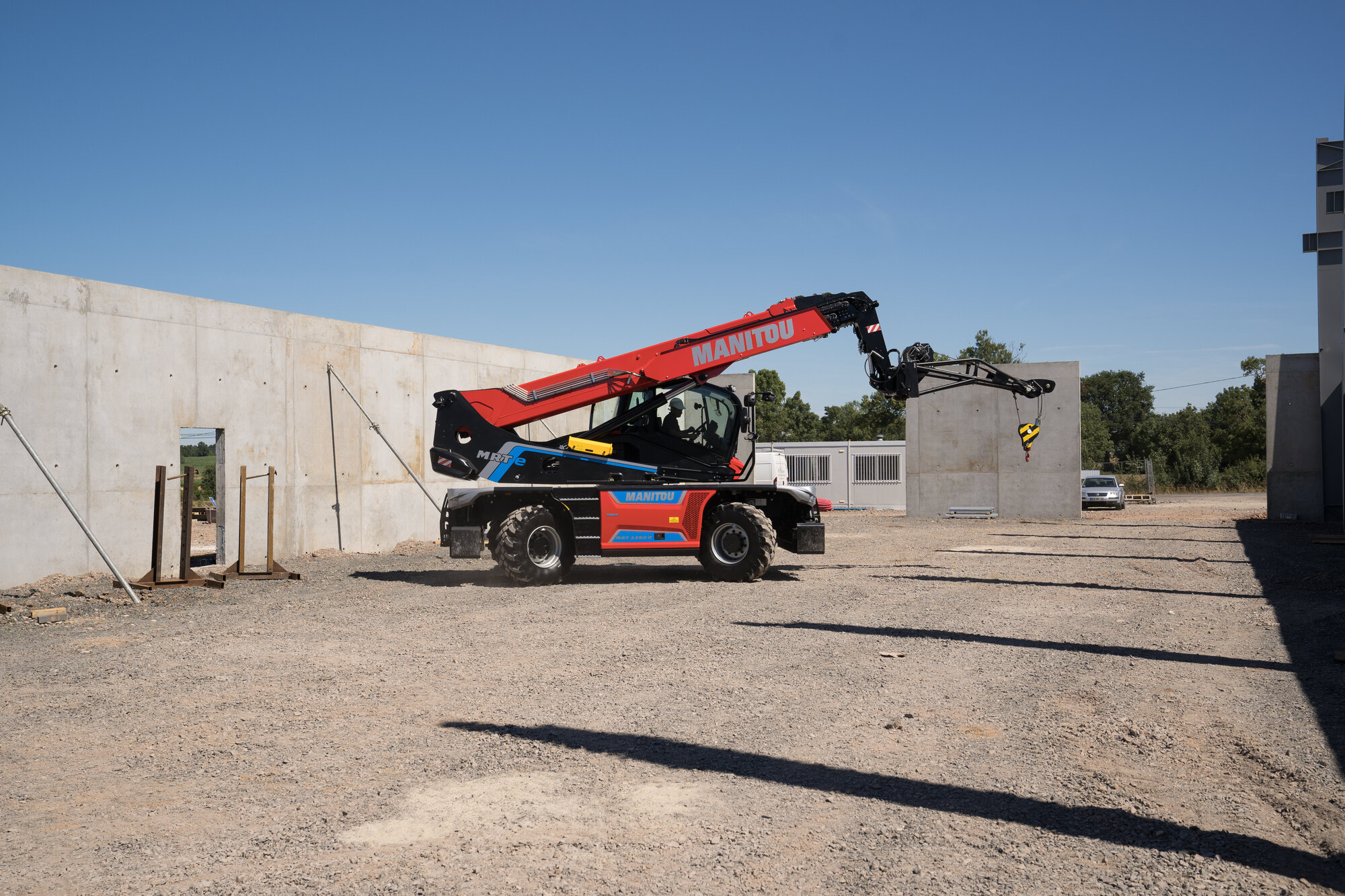 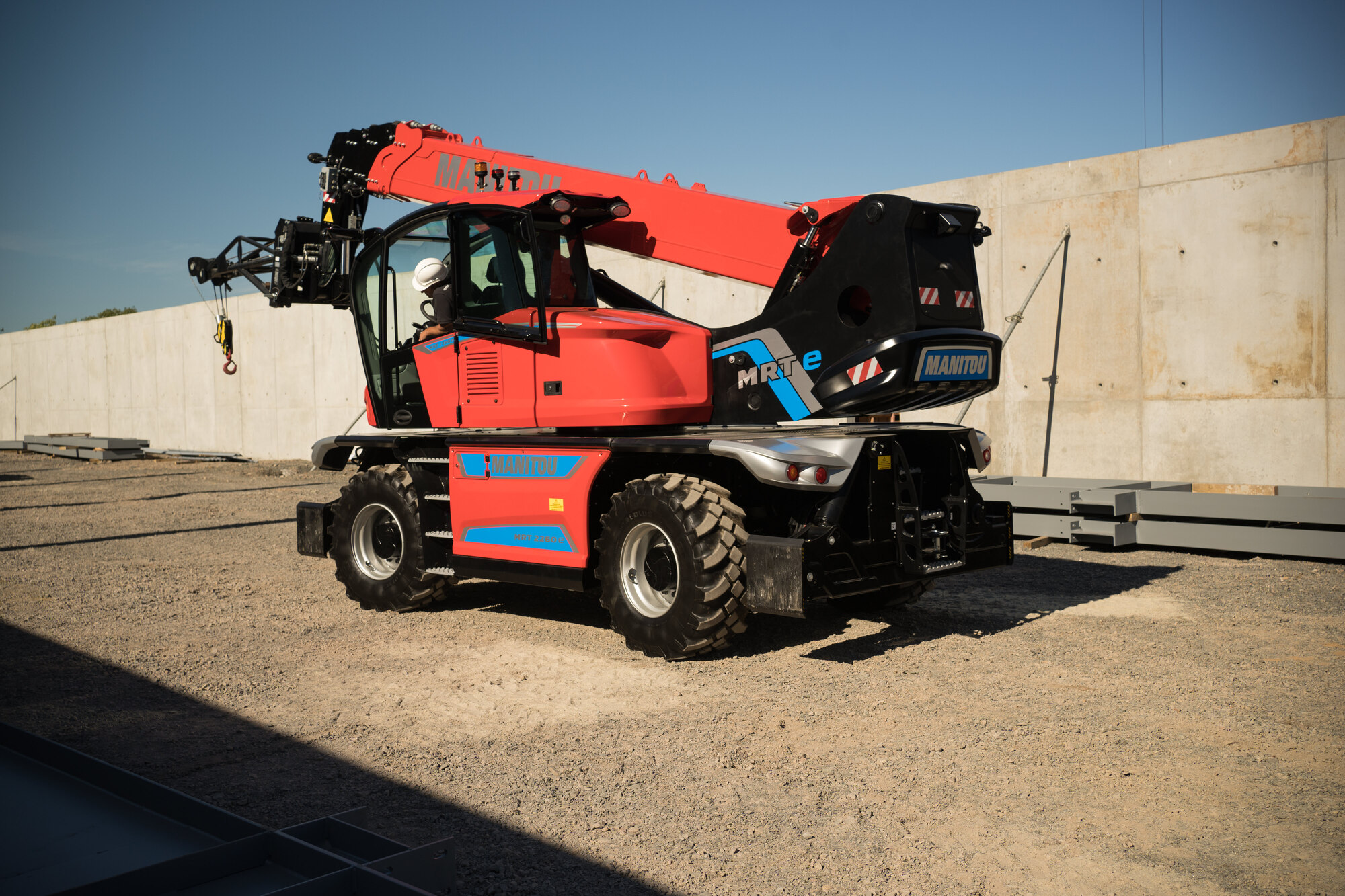 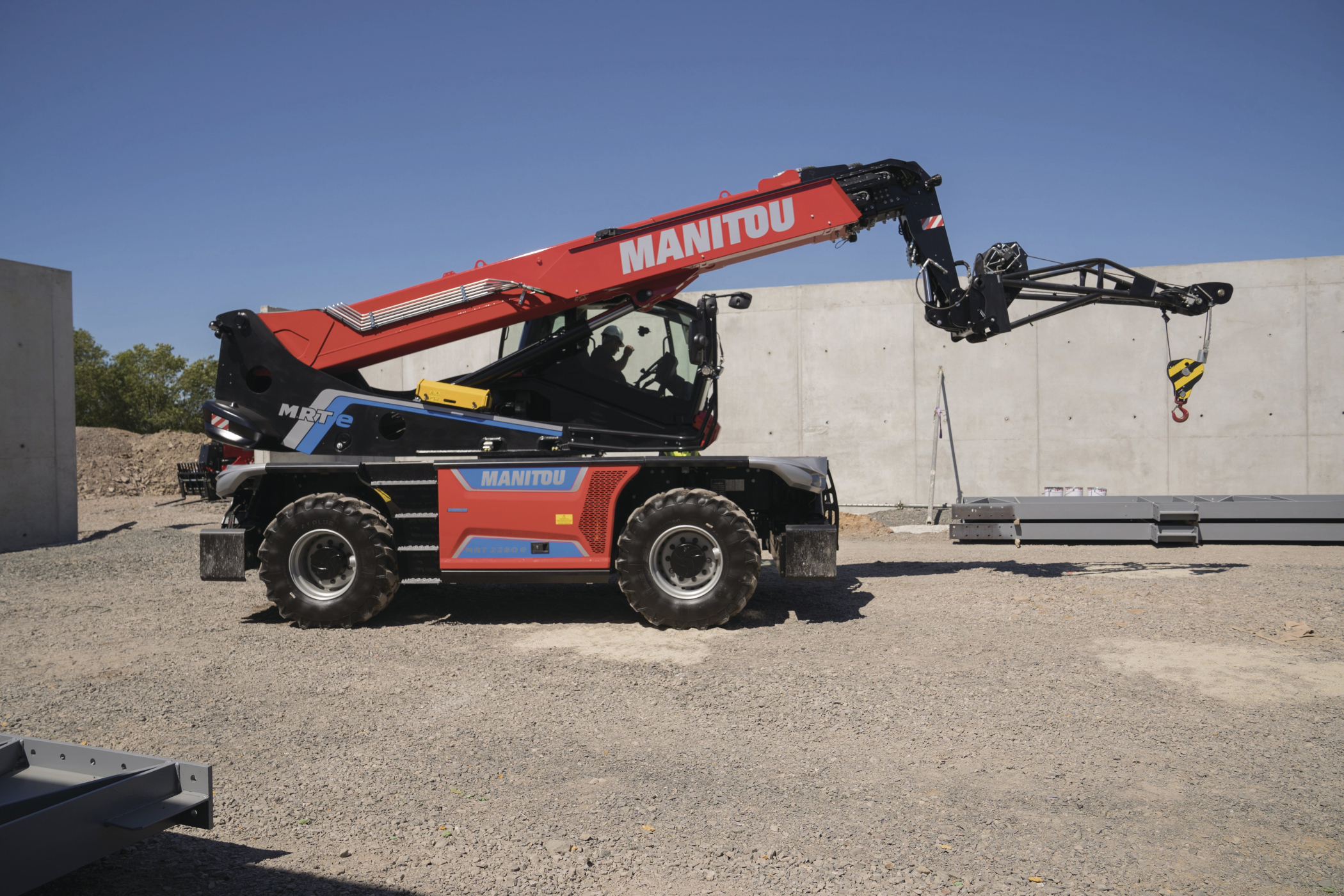 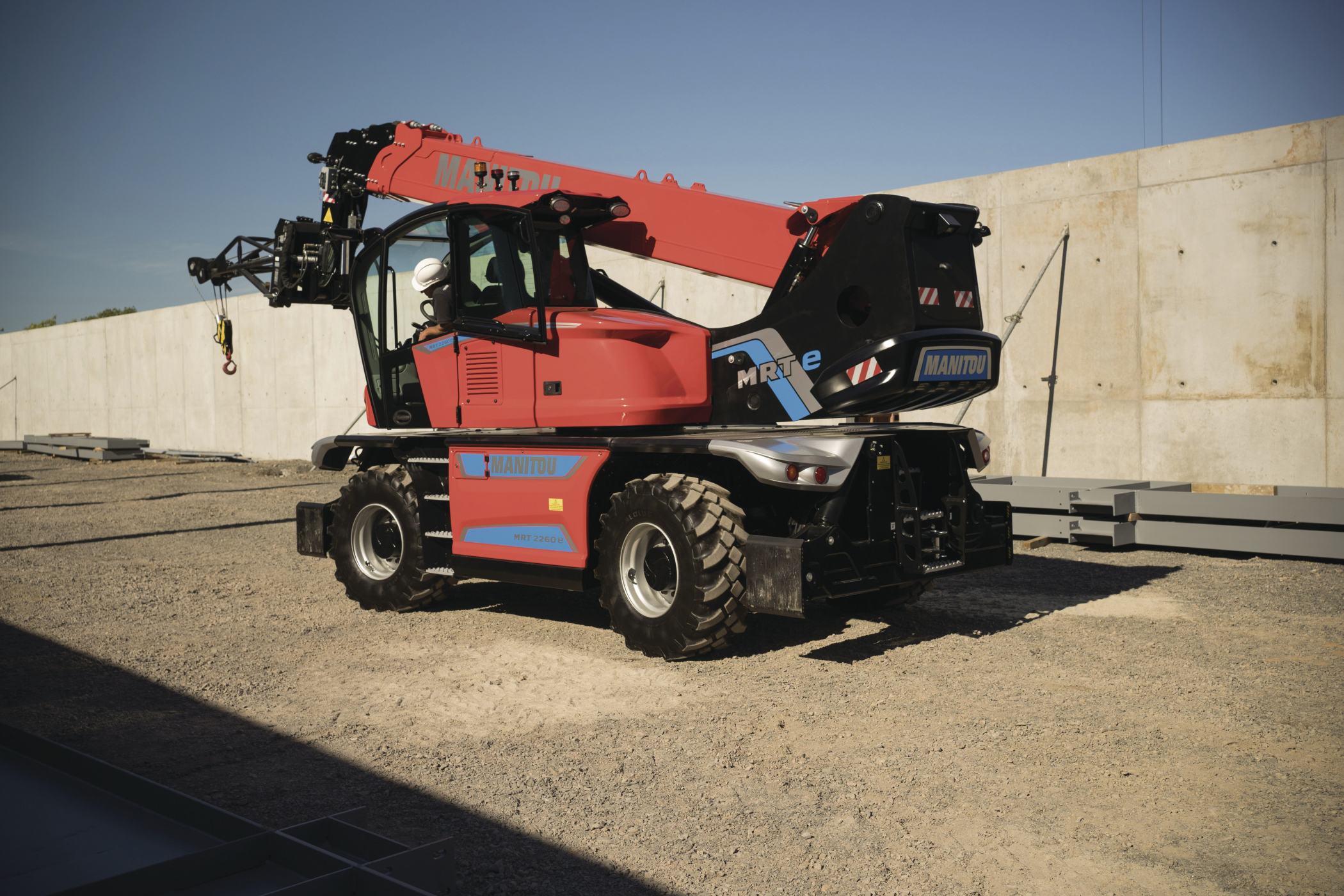