Manitou has equipped its R&D test centre with a green hydrogen station, making it easier for testing of its prototype hydrogen telehandler.
The prototype is a slightly modified version of an existing 14 metre model. The aim is to complete the test programme in time to send units to construction sites for field testing by the end of next year.
The test programme involves testing and evaluating two types of hydrogen technology, the first a modified diesel engine and the second a fuel cell. The first prototype on the test bed utilises a hydrogen fuel cell, but the company says that as test proceed it will choose the solution that best meets the needs of its customers. If all goes well the company will have a hydrogen telehandler ready to sell and start delivering in 2026 - just over three years away.

Chief executive Michel Denis said: “We are studying all the hydrogen related technologies based on what users need. This prototype is only the first step. A second rotating telehandler prototype will be developed in the coming months. There are many benefits of green hydrogen with production possible using wind power that has no greenhouse gas emissions at all. This fits in perfectly with our low-carbon trajectory."

Around 50 engineers and technicians have now been dedicated to the programme which was originally launched in 2021. Vice president of R&D Julien Waechter said: “The green hydrogen sector is gradually becoming more established with the entry into this market of a number of players. All of the aid mechanisms proposed by the different governments will encourage the transition to hydrogen and will speed up the development of the distribution network and ultimately the reduction in the usage costs of our machines using this energy." 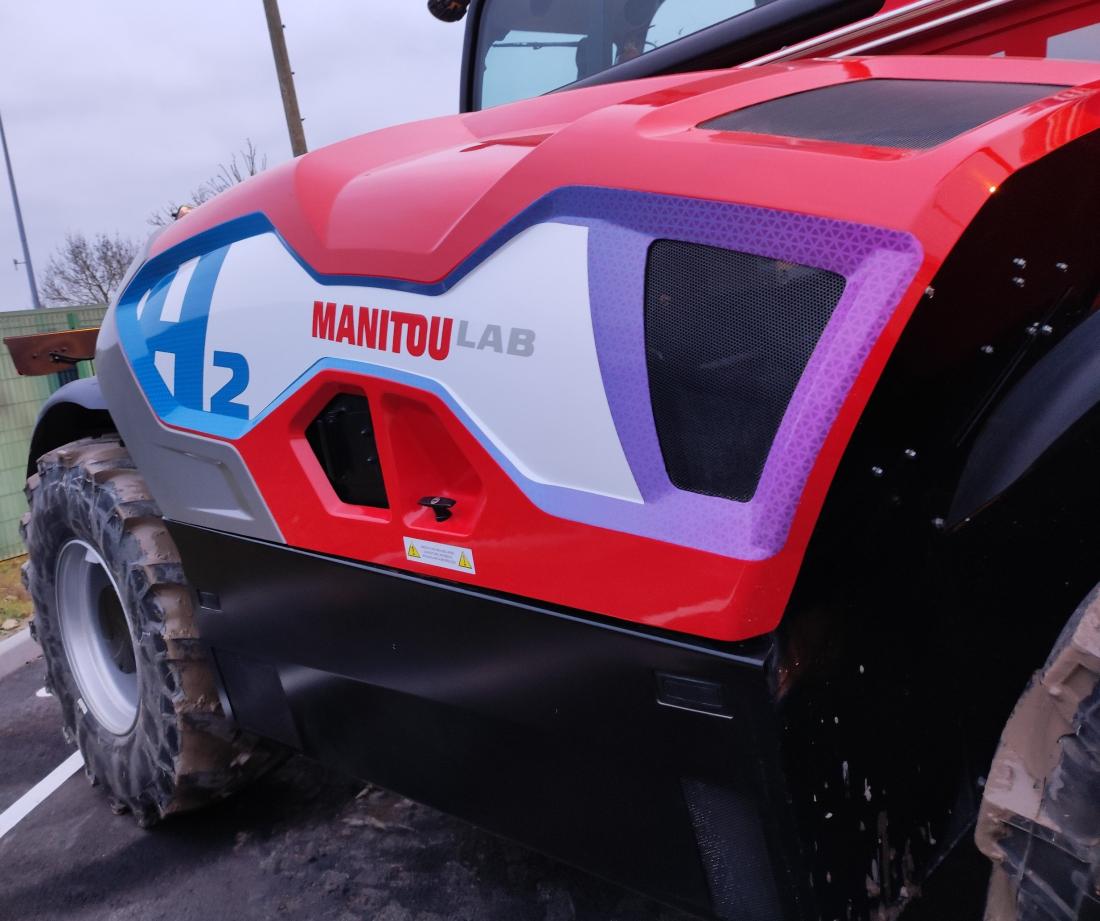