Manitou has developed an open front platform for removing asbestos. Particularly, the workbench can be operated from the telescopic cabin under strict conditions.


A field and men with a special ribbon in white suits with breath masks. It is clear: asbestos is removed. The men work a few meters above the ground in a double-way farmer box. What strikes is the open front of the asbestos workbench. Fortunately, the men are secured by safety cables, because occasionally they hang out of the bin to do their job. This may be due to the many safety measures incorporated into this special truck.

The special workbench received from Manitou as its number: NAC 3300/1000, with the 3300 indicating the width and the 1000 on the maximum capacity in kg. With open front the depth is 2.4 meters and with folded, so closed, front 1.2 meters.

An encrypted chip in the machine's connector automatically detects which work tray is plugged in, causing the corresponding driver to come into operation. With this, the workbench is factory-linked to a machine. Of course, he also uses other machines, but they require a software update.
The workbenches delivered under CE marking comply with HHC / DRS (an inspection company approved by the Board of Accreditation) and also comply with machine directive EN 280: 2013 + A1: 2015.

When the workbench is folded, it can be used as any other truck. However, if he is folded up to a twice as large open front work surface, various safety systems will come into operation. In this situation, the workbench can only be operated from the MRT cab if no one is on the front part. In addition, the built-in chip controls the shutter switch to a customized driver. This limits the operating speed, among other things.


The government has implemented a total ban on asbestos cases since 2024. Individuals, companies and (government) institutions may not own asbestos cases. For certified (demolition) companies, this means that they must make use of the LAVS, the National Asbestos Follower System, as of March 1 this year in the asbestos chain. 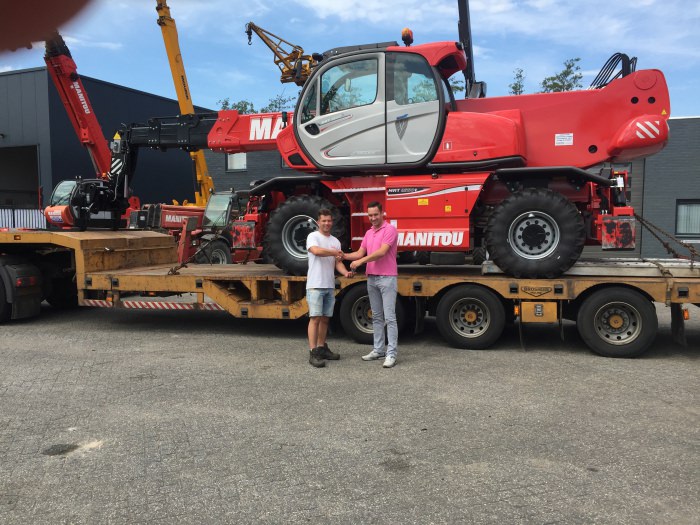